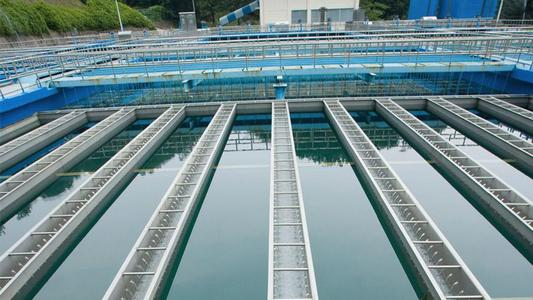 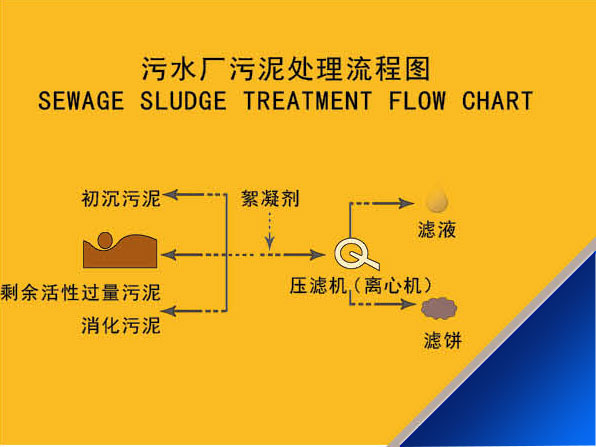 PAM is used in water treatment in developed countries. The United States accounts for 63% of total PAM use, Western Europe accounts for 35%, and Japan accounts for 49%. In China, the consumption composition of PAM is different from that of developed countries. Industry is the largest user and the second is water treatment. PAM for water treatment is the most widely used polymer flocculant, accounting for half of the municipal water supply and drainage volume is currently used for sewage treatment. PAM has achieved remarkable results in improving flocculation effect, saving waste, removing algae, reducing mutagenicity, improving water quality, and coping with sudden water quality accidents.
In addition to domestic sewage, sewage treatment plants also have industrial wastewater, which is treated at the same time. Most of the treatment methods use the activated sludge method.
Advantages of PAM in treating municipal sewage:

Improve the flocculation effect, overcome the flotation floating during the dry season, save the consumption and reduce the cost of clean water. Low temperature and low turbidity, the proportion of organic matter in the turbidity component of water is larger, and aluminum sulfate and polymerized aluminum are added in a single dose, and the formed floc structure is loose and light, and it is difficult to precipitate. After adding PAM0.025–0.05mg/L for coagulation, due to its large adsorption surface area and excellent bridging capacity, the volume of floc formed by the reaction increases, the specific gravity increases, the sedimentation speed increases, and the sedimentation capacity of the sedimentation tank is rapid. Increase, the turbidity of the effluent is greatly reduced.
Improve water quality, remove color, remove organic matter, remove algae, and reduce mutagenicity. Due to the PAM coagulation effect, the effluent turbidity is significantly reduced, while the content of organic matter and algae is closely related to the turbidity. According to experts, when the turbidity is reduced to 0.5 degrees, the organic matter in the water can be removed by 80%, so it is added. PAM coagulation can effectively remove organic pollution and improve drinking water quality. The chromaticity removal rate is increased by more than 10%, the organic matter removal by water is reduced by more than 46%, and the algae removal rate is increased by 16 to 26%. The mutagenicity of the effluent from the sedimentation tank decreased, from strong positive to positive, which proved that the water turbidity decreased, and a considerable part of the organic matter was removed, thus improving the mutagenicity of the effluent.
Method for using sludge dehydrating agent PAM
1. Dehydrating agents suitable for the nature of the sludge and the type of dewatering machine should be selected. (Generally choose 40-60 ionic cationic PAM)
2. The quality and variation of the treated sludge should be known.
3, should understand the dissolution and storage of PAM dehydrating agent.
4. Pay attention to the injection point, reaction conditions and dosage of PAM dehydrating agent.
Sludge properties and treatment methods and sludge treatment process
The sludge treatment process is roughly divided into:
(1) Concentration,
(2) Stabilization (anaerobic digestion of sewage sludge),
(3) pretreatment (dosing, heat, freezing, etc.)
(4) Dehydration
(5) drying, burning,
(6) Six processes such as processing and utilization
The common process is as follows:
1, concentrated
Concentrated by gravity, the concentrated SS concentration can range from 1% to 2~3%. Recently, in order to further increase the concentration, a pressurized flotation and a centrifugal separator are employed.
2, stabilization
Anaerobic digestion of sewage sludge (raw sludge) can reduce the volume by decomposition of organic matter, and has the effect of killing pathogenic bacteria.
3, pretreatment
It is generally pretreated with a polymeric PAM dehydrating agent or ferric chloride and hydrated lime.
The polymer PAM dehydrating agent is suitable for a centrifugal dewatering machine that requires the formation of coarse flocs, that is, a belt pressure type dewatering machine. It can be applied to ferric chloride and slaked lime by a vacuum dehydrator and a filter press, but it can also be treated with a polymer PAM dehydrating agent.
4, sludge dewatering
In the treatment of excess sludge, the ratio of belt presses and centrifugal dewatering machines is increasing in recent years. Most of the centrifugal sludge dewatering machines are used in the treatment of manure sludge. However, the belt press also has an increasing trend. From the current and future developments, it is desirable to reduce the water content without increasing the ash in the filter cake. It is necessary to pay attention to the use of a belt pressure type dewatering machine and a filter press. Polymer dehydrator.